BLOG: Laser use and Brexit 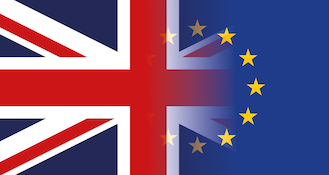 With Brexit about to take place, what changes or impact in terms of laser safety regulations can be expected?

The UK leaves the EU at 23:00hrs on January 31st, after which it enters into a transition period that will last from the day of exit through to the end of the year. During the transition period, operationally, there will be no apparent changes; it will be business as usual. But behind the scenes there will some changes as follows:

The Health and Safety (Amendment) (EU Exit) Regulations 2018 will spring into action, making a change to the existing laser related regulations known as the Control of Artificial Optical Radiation at Work Regulations 2010. But the changes are nothing more than removing two explicit references to the EU, and replacing them with more generic text reading, “as they had effect before exit day”.

Similar amendments to two other key regulations related to laser use will be enacted after exit day; the Health and Safety (Safety Signs and Signals) Regulations 1996, and the Control of Substances Hazardous to Health to Health Regulations 2002.

The British Standards Institute (BSI) will remain full members of the international organisations, ISO and IEC, and will be unaffected by Brexit. BSI will also continue membership of the European standards organisations, CEN and CELENEC throughout a separately negotiated transition period, that currently allows membership through to the end of December 2020 also. This European standards membership transition period ensures the membership statutes reflect the UK’s status that will begin following exit day.

According to BSI, through continued membership of these organisations at international and European level, UK experts will continue to influence standards used worldwide including those that are used to support regulatory requirements.

Workplace laser exposure limits are currently mandated through the Control of Artificial Optical Radiation at Work Regulations 2010, that refer to the limits defined in EU Directive 2006/25/EC. This sets the legal limit for maximum permitted exposure. After exit day, the reference to the directive will change, but limits themselves will remain the same until updated by any subsequent legislative amendments at a future date. Given that the exposure limits are derived from internationally accepted values, it is unlikely that the UK will ever diverge significantly from those published by ICNIRP.

Most laser safety guidance published in the UK has been developed through international standards committees, such as the IEC/TR 60825-14 and IEC/TR 60825-3 documents, that are adopted and published by the British Standards Institute. These will almost certainly continue to remain the primary sources of laser safety information going into 2021 and beyond. Other industry driven guidelines that have been developed in the UK will too, of course, remain independent of any regulatory re-alignment with the EU after the transition period.

The transition period agreed until the end of the year provides certainty of no changes in how business is conducted or regulations applied for the next 11 months. After exit day at the end of January, a few minor changes to existing legislation will be implement to decouple references to the EU. Britain will retain influence in developing and evolving international standards beyond the transition period. The trading relationship that will be developed with the EU for 2021 onwards will determine how changes to regulatory matters and things like CE product marking will be affected.

Fundamentally the UK has been at the forefront of product and workplace safety for many decades, so it is difficult to imagine that going forward after the transition period that things will diverge significantly. Furthermore, matters such as exposure limits are published based on agreed international consensus, so we are unlikely to see any significant changes in that area either.

Through our work with standards committees and peers we will provide updates when the way ahead from 2021 starts to crystallise.